Hold your kids back! While the USS Recruit looks like the world’s greatest piece of playground equipment, it’s not. Over 50,000 recruits learned basic naval procedure every year on this two-thirds-scale model of a destroyer escort, a land-bound ship afloat on a sea of concrete. Commissioned on July 27, 1949, the Recruit was the Navy’s only commissioned ship that never touched the water, and it was playfully nicknamed “USS Neversail” by recruits. Here, recruits learned how to follow orders and how to maneuver around a ship. The Recruit was outfitted with standard naval rigging and even had a 3-inch gun. It was the first of three training structures built by the Navy after World War II, and it is the only one that remains. In 1982, the Recruit was reconditioned as a training guided-missile frigate.

As California Registered Historical Landmark No. 1042, its plaque was placed by the State
Department of Parks and Recreation in cooperation with the Corky McMillin Companies, the Redevelopment Agency of San Diego, and the Squibob Chapter of the Ancient and Honorable Order of E Clampus Vitus on August 13, 2005.

Did you know?
When the USS Recruit closed for a few months for maintenance, it went to “drydock.”

Listen to Audio Tour For Location 15 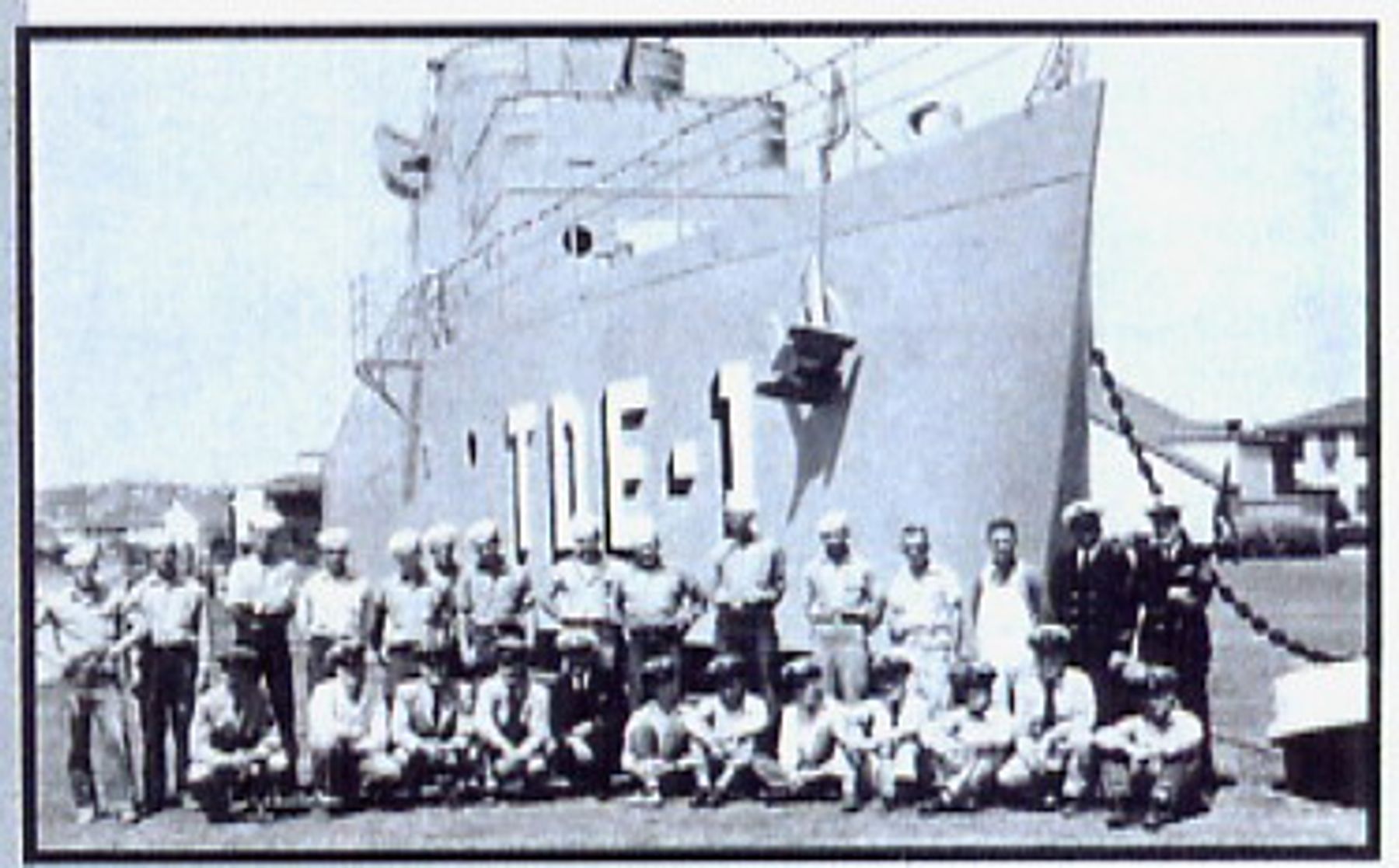 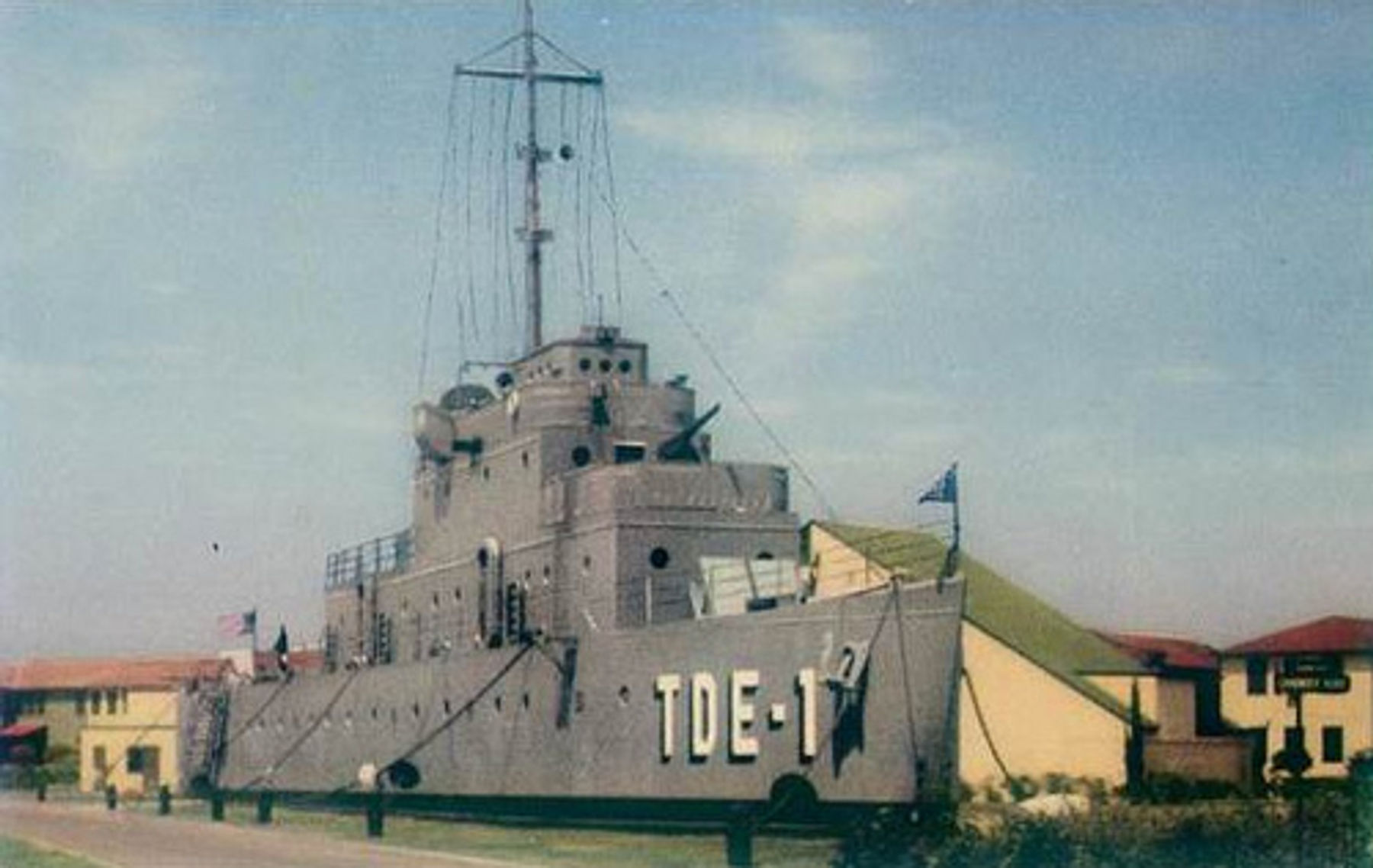