In the 1920s, Ingram Plaza was where recruits from the farms and towns of American adjusted to Navy life. For three weeks, they were isolated in a tent camp to prevent the spread of disease. While they lived here they were transformed into trainees with new haircuts, new haircuts, and initial instruction.

Ingram Plaza is dedicated to the memory of Gunner’s Mate First Class Osmond K. Ingram, the first enlisted man killed in action in World War I. Stationed on the USS Cassin, Ingram spotted an incoming torpedo on October 15, 1917 when his ship was attacked by a German submarine. He rushed to jettison the ammunition, attempting to save his ship and shipmates.

Did you know?
Osmond K. Ingram was the first enlisted man to have a destroyer after him and posthumously received the Congressional Medal of Honor for his actions on that day: “Greater love hath no man than this that a man lay down his life for his friends.”

Listen to Audio Tour For Location 10 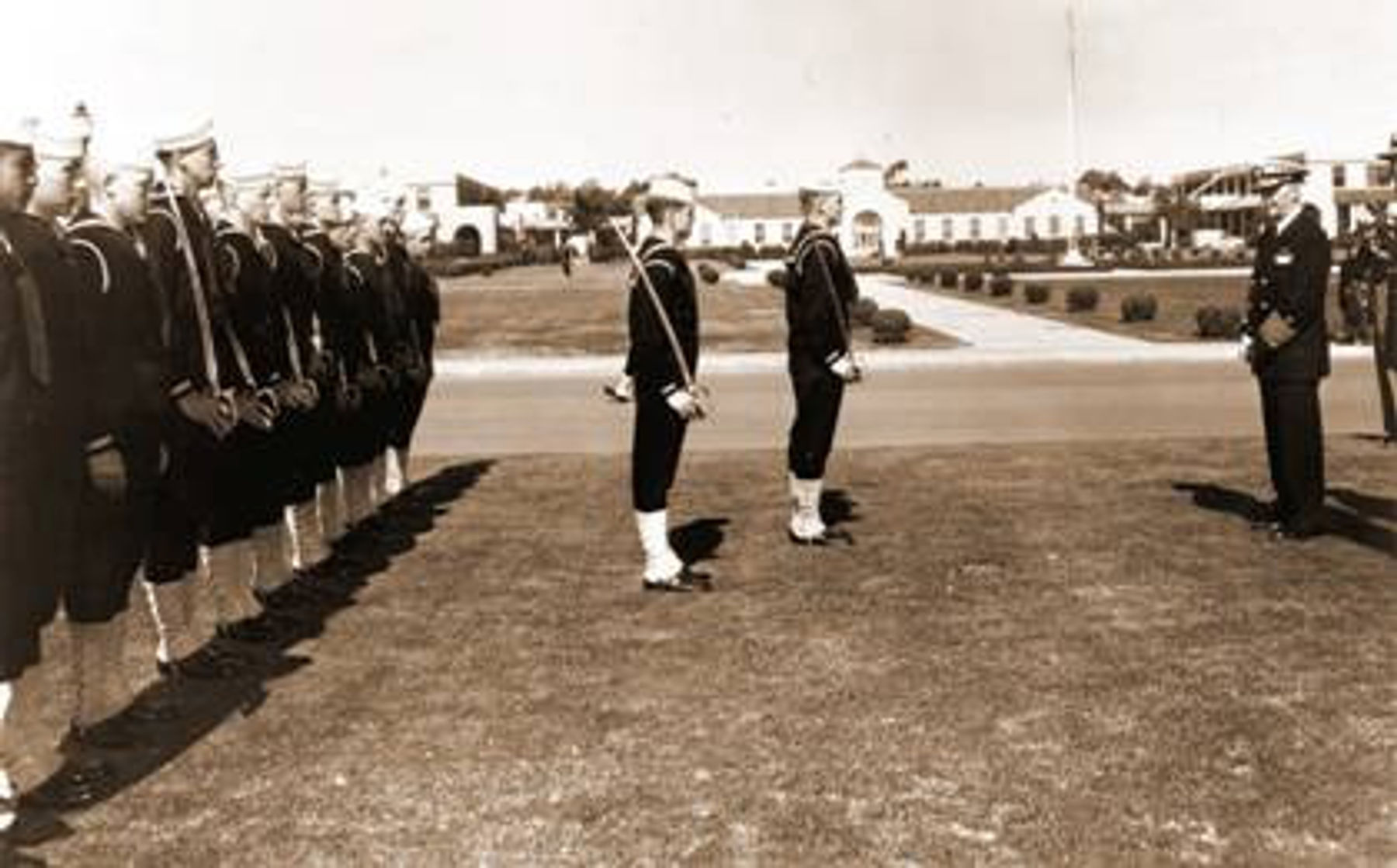